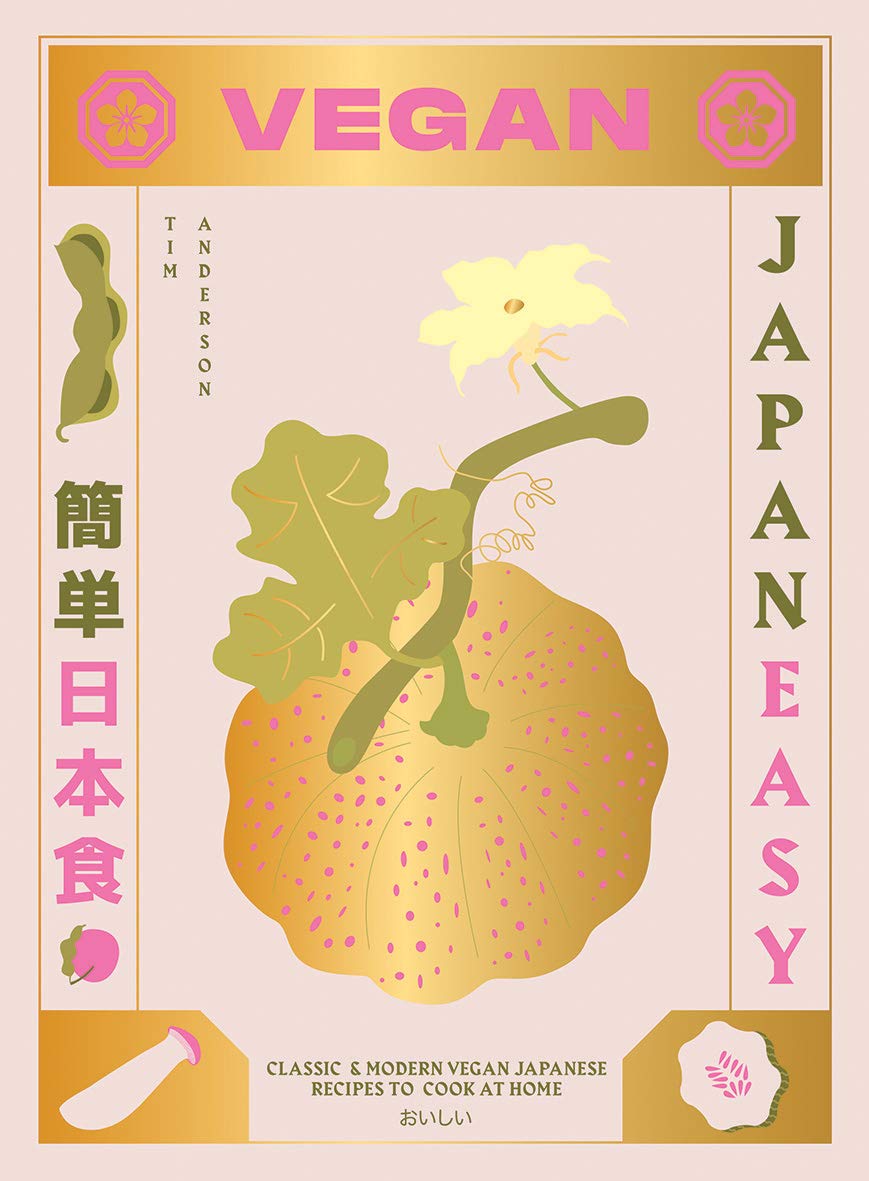 Japanese cuisine: Fatty tuna! Wagyu beef! Pork broth! Fried chicken! Squid guts! It’s a MINEFIELD for mindful vegans. OR SO IT SEEMS. In reality, there’s an enormous amount of Japanese food that is inherently vegan or can be made vegan with just a few simple substitutions. And it’s not just abstemious vegan Buddhist temple fare (although that is very lovely) – you can enjoy the same big, bold, salty-sweet-spicy-rich-umami flavours of Japanese soul food without so much as glancing down the meat and dairy aisles. Because Japanese cooking is often inherently plant-based, it’s uniquely vegan-friendly. The oh-so satisfying flavours of Japanese cuisine are usually based in fermented soybean and rice products, and animal products were seldom used in cooking throughout much of Japanese history. Yes, there is fish in everything, in the form of dashi, but you can easily substitute this with a seaweed and mushroom-based version that’s every bit as delicious.   This book won’t so much teach you how to make dubious ‘vegan versions’ of Japanese meat and fish dishes – because it wouldn’t be good, and there’s no need! Instead, Vegan JapanEasywill tap into Japan’s wealth of recipes that are already vegan or very nearly vegan – so there are no sad substitutions and no shortcomings of flavor.

Wine Simple: A Totally Approachable Guide from a World-Class Sommelier