Home Shop ebooks This Will Make It Taste Good: A New Path to Simple Cooking 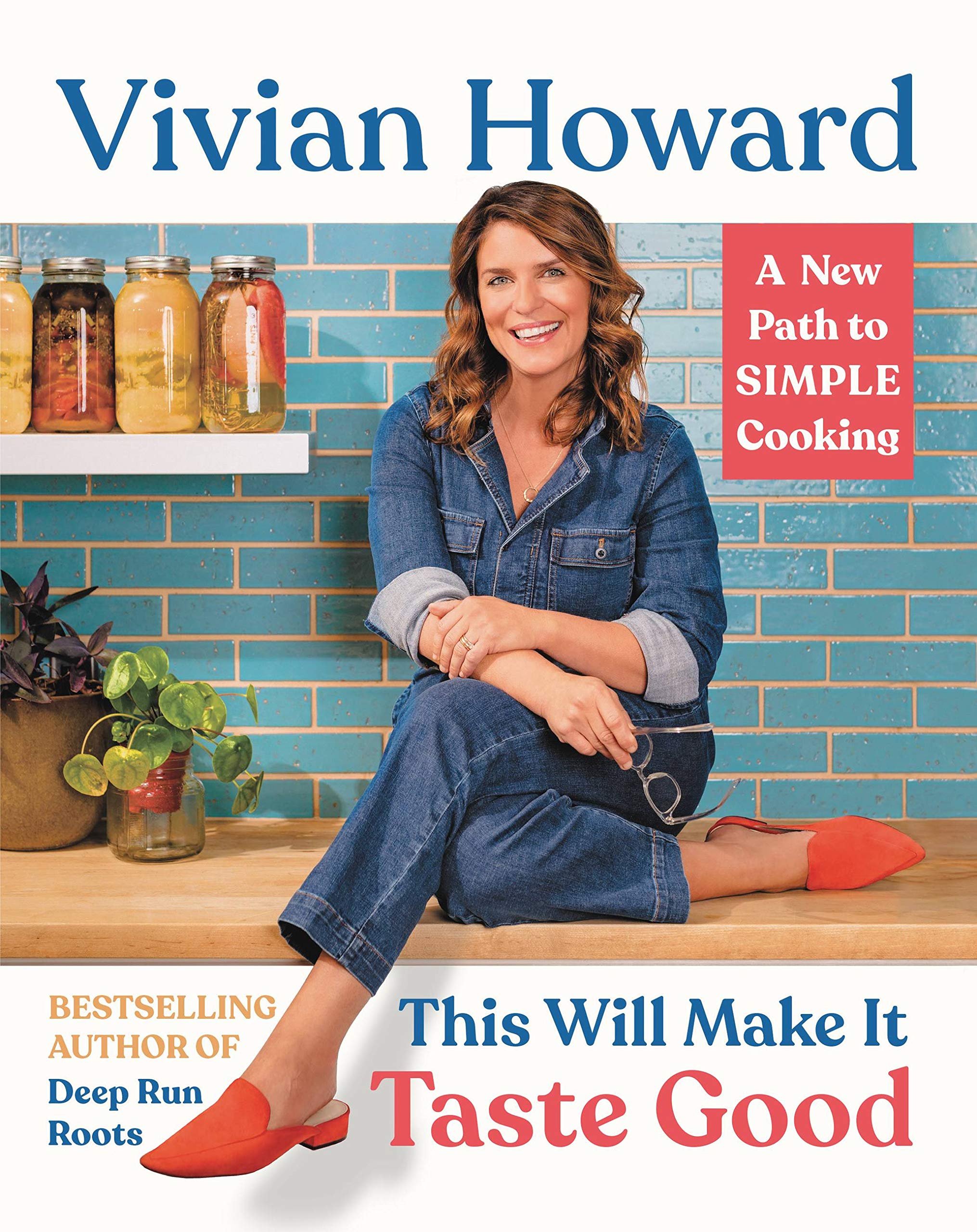 An Eater Best Cookbook of Fall 2020

From caramelized onions to fruit preserves, make home cooking quick and easy with ten simple "kitchen heroes" in these 125 recipes from the New York Times bestselling and award-winning author of Deep Run Roots.

“I wrote this book to inspire you, and I promise it will change the way you cook, the way you think about what’s in your fridge, the way you see yourself in an apron.”

Vivian Howard’s first cookbook chronicling the food of Eastern North Carolina, Deep Run Roots, was named one of the best of the year by 18 national publications, including the New York Times, USA Today, Bon Appetit, and Eater, and won an unprecedented four IACP awards, including Cookbook of the Year. Now, Vivian returns with an essential work of home-cooking genius that makes simple food exciting and accessible, no matter your skill level in the kitchen.
​
Each chapter of This Will Make It Taste Good is built on a flavor hero—a simple but powerful recipe like her briny green sauce, spiced nuts, fruit preserves, deeply caramelized onions, and spicy pickled tomatoes. Like a belt that lends you a waist when you’re feeling baggy, these flavor heroes brighten, deepen, and define your food.

Many of these recipes are kitchen crutches, dead-easy, super-quick meals to lean on when you’re limping toward dinner. There are also kitchen projects, adventures to bring some more joy into your life. Vivian’s mission is not to protect you from time in your kitchen, but to help you make the most of the time you’ve got.

Nothing is complicated, and more than half the dishes are vegetarian, gluten-free, or both. These recipes use ingredients that are easy to find, keep around, and cook with—lots of chicken, prepared in a bevy of ways to keep it interesting, and common vegetables like broccoli, kale, squash, and sweet potatoes that look good no matter where you shop.

And because food is the language Vivian uses to talk about her life, that’s what these recipes do, next to stories that offer a glimpse at the people, challenges, and lessons learned that stock the pantry of her life.

But it really doesn’t represent the way I cook at home most days. At home and at my home-away-from-home office (a place we affectionately call VHQ), I’m a modern day domestic engineer who calls on a roster of flavor heroes to make simple food fantastic food. These things, my kitchen MVPs, are what this book is about.

If you come on this journey with me, if you go to the mat and make a hero or two, and then make a recipe or three that builds on that hero, I promise with every ounce of my highly accomplished self that you will be inspired.

This book will change the way you cook, the way you think about what’s in your fridge, the way you see yourself in an apron. I swear on my dog Gracie’s grave that you will be empowered, confident, dare I say even nimble, in your kitchen. Your journey to make your cooking taste good will shatter the chains of recipes you’ve struggled to follow. It will reshape, even streamline, the time you spend feeding yourself and the ones you love.

To all the toast I’ve cooked before—I’m sorry you don’t hold a candle to this guy. Basically a piece of bread transformed into a crouton under roasting chicken legs, the bread itself is squishy and rich with chicken schmaltz in some spots and astonishingly crisp for the same reason in others. It’s stupid easy to do, makes use of not-fresh bread, and is a revelation to eat. I seriously can’t understand why we haven’t been doing it for centuries. So while I’m probably not the first person to roast chicken over bread, I want to be the one who takes the technique mainstream.

I’ve taken to the habit of calling something a “Surprise” when I don’t know how to classify it. But if you think about the Mediterranean tradition of dipping bread into seasoned olive oil, then you add cherry tomatoes and feta and then you bake it, you have the gist of what’s happening here. Not technically a dip, but perhaps more of a broken spoon-able sauce or spread, LGD stands in for the “seasoned” part of the olive oil and brings more pizzazz with it than dried oregano ever did. Surprise! While the gateway vehicle for this dip is toast, I love it over grits, pureed cauliflower, couscous, fish, or chicken. I’ve paired it with swordfish here because swordfish is meaty enough to balance the action—but let’s be clear, this recipe is about the Surprise, not its companion.

I stumble around the question of how I find inspiration for new dishes because generally the process is more research than revelation. But when my friend Von Diaz made her collards braised in coconut milk on an episode of my show Somewhere South, I was blown away by the idea of collards braised in anything other than porky pot liquor. Von’s collards landed in my bowl dark green, earthy, and a little bit bitter against a white backdrop of mellow, comforting coconut milk. They were familiar but different and I was totally inspired.

The Food Truck Handbook: Start, Grow, and Succeed in the Mobile Food Business

Rise and Run: Recipes, Rituals and Runs to Fuel Your Day: A Cookbook

Cooking for Two: Your Dog & You!: Delicious Recipes for You...