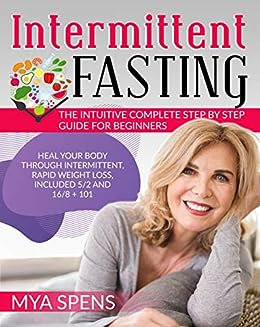 Fasting has been around for millennia. It has played important roles in religious and medical literature for nearly as long. In many modern religions, fasting is the way to create spiritual connection, to find guidance or to improve mindfulness. Fasts that automatically come to mind are Lent in Catholicism and Orthodox Christianity, Ramadan in Islam or meditation fasts is some Buddhist schools. Lent lasts 40 days, and while some churches may allow more freedom with the fast, traditionally Lent required a fast where only one meal a day was eaten. During Ramadan, a month long fast, Muslims don’t eat while the sun is up and then eat once the sun is down. Essentially, it is an eight to 12 hour fast, with some time to eat at night and early in the morning. In some Buddhist schools, fasting takes place to aid in meditation and spiritual practices. This often happens every day, with the dinner meal skipped.

So, within religions and spiritual practices, there are many different kinds of fasts.

People have also fasted for political reasons. Perhaps most famously is Gandhi and his social protests. He fasted multiple times to protest a variety of social issues in India. There have been other hunger strikes throughout history, where people fasted to create political change including suffragette fasting in Europe and the U.S. Many political fasts promote a feeling of guilt in those watching, and can result in change, though it has often resulted in death as well.

Medically, fasting has been around since the time of Hippocrates. Fasting was prescribed during times when the patient was sick enough that eating was considered detrimental. Past physicians believed that fasting would help with the healing of injuries and diseases. While it’s unclear whether this was actually true, today, modern fasting is associated with better health improvements. In fact, intermittent fasting is our modern take on fasting for healing.

The Psychology Of Weight-Loss: Gain Control of Your Weight for Good