Home Shop ebooks Campfire Cooking in Another World with My Absurd Skill: Volume 9 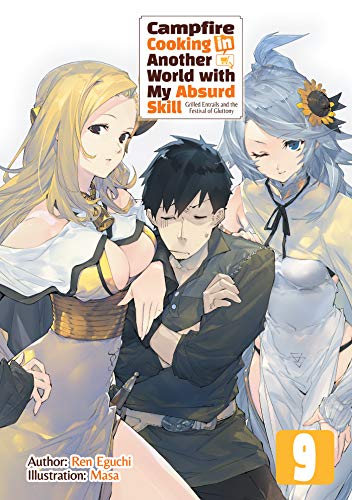 When we last left Mukohda, an unfortunate salaryman who got accidentally summoned to another world from modern Japan, he had bought a house in Karelina and staffed it. Now, having finally put his house in order and having secured the safety of his business, Mukohda has found himself free enough to leave his home while he goes out adventuring!

So, Mukohda and familiars are now in the town of Rosenthal in pursuit of meat, meat, more meat, and some violence for Fel and the others to let off a little steam. But what awaits Mukohda in the dungeon so famed for its meat drops it’s literally called the “meat dungeon”? Some new ingredients for a new type of cuisine? A new time-limited business venture? Maybe even a fateful meeting that may lead to an apprenticeship…?!